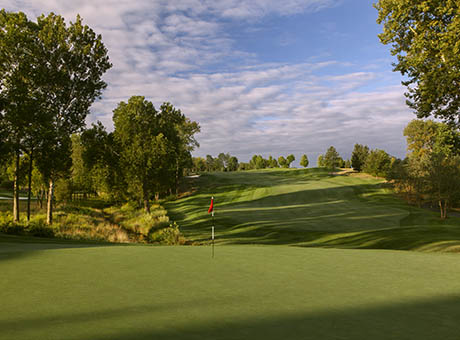 Fall 2016 – The Editors of GolfStyles Magazine named The Ridge at Back Brook the Best Private Course in New Jersey for 2016.

To quote GolfStyles Magazine: “The Ridge’s dominance in the voting was confirmed by a perfect 10-for-10 showing in private course categories, including firsts in Favorite Golf Pro, Best Superintendent, Best Chef and Friendliest Staff.”

2010 – Readers Choice Awards in the Private Club Category ranked The Ridge the 8th Best Private Course in the USA. In addition, The Ridge at Back Brook was voted the 2nd best practice facility and 3rd best clubhouse/ locker room in the USA.

The Ridge offers a helistop for licensed and registered helicopters.   Permission must be granted in advance by management and can only be used during daylight hours during the months when the Club is open for play – April thru December.   When permission is granted specific flight information will be provided.

Tournaments Hosted at The Ridge